Gallbladder is a pear-shaped organ, stuck to the liver which stores bile in between meals. Gall bladder removal is one of the most common operations performed in the world. Generally, the operation is uneventful but rare complications like bile duct injury may occur, which requires on a table or delayed repair by experienced hands.

Gall Bladder cancer is caused due to variations in the cells of the bladder which occurs most often with chemical exposure. Mutations in the DNA of the cells can change the growth and division cycle thereby causing an uncontrolled mass of tumor cells.

Age: Gallbladder cancer is mainly seen in old people. But Younger people can early recover from it. The average age is diagnosed with people who are 72. Most people with gallbladder cancer affects people over 65 or older when it's found.

Smoking: Smoking has been shown to increase the risk of type 2 diabetes. Which is a risk factor for gallbladder disease? People who smoke the increased risk of gallbladder cancer. Tests and methods used to diagnose Gallstones and Complications of Gallstones include:

This test is the one most used to look for symptoms of gallstones. Gastric ultrasound involves moving a device (transducer) back and ahead over your abdomen area. The transducer transmits signs to a computer, which generates pictures that show the structures in your stomach.

CT scan is a combination of x-rays and computer technology to create pictures of your pancreas, gallbladder, and bile ducts. CT scans can show gallstones or difficulties such as disease and blockage of the gallbladder or bile ducts. However, CT scans also can drop gallstones that you may have.

Even if you have finished your gallbladder cancer surgery, your Surgeon will keep a tab on your health to know about the recurrence risks.

It is important to go for routine follow-up appointments. During these appointments, your doctor may ask several topics and do some medical tests. On the basis of the results of the tests, the doctor may improve your prescribed new. 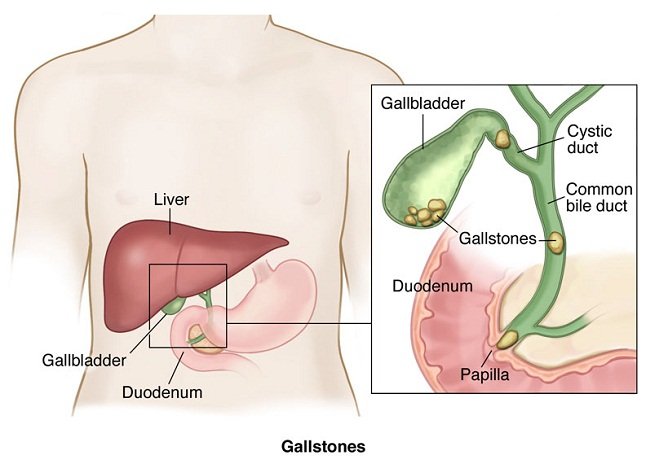